President and CEO, The Milwaukee Company

September lived up to its reputation as a bad month for stocks as equites endured their worst month of the year so far.  All four of the leading U.S. equity market indexes posted losses in September, as concerns about supply chains, inflation, and the Chinese property market took their collective toll.

Tech and other growth stocks were particularly hard hit, as rising interest rates cut into the present value of their expected future earnings.   (Growth stocks offer the potential for higher future profits, whereas value stocks have greater current earnings.)  The tech giants referred to as the FAANG group (Facebook, Amazon, Apple, Netflix, and Google (a.k.a. Alphabet) posted a monthly drop of about 4% and a quarterly decline of over 3%.

Speaking of rising interest rates, the yield on ten-year Treasuries rose 22 basis points in September to over 1.5% -- the highest level since June.  As a result, bond prices took a hit (along with the ETFs that invest in them) for the usual reason: yields and bond prices move inversely.  Profit-taking and inflation concerns appear to be the primary drivers of the fixed-income sell-off.

While stocks caught their breath from their extended run higher, it’s important to keep sight of the fact that stocks are still up solidly for the year.   While traders have the unenviable task of trying to predict where markets go from here in the short run, investors like us can take comfort in knowing that short-term market swings have little impact on our longer-term strategies. 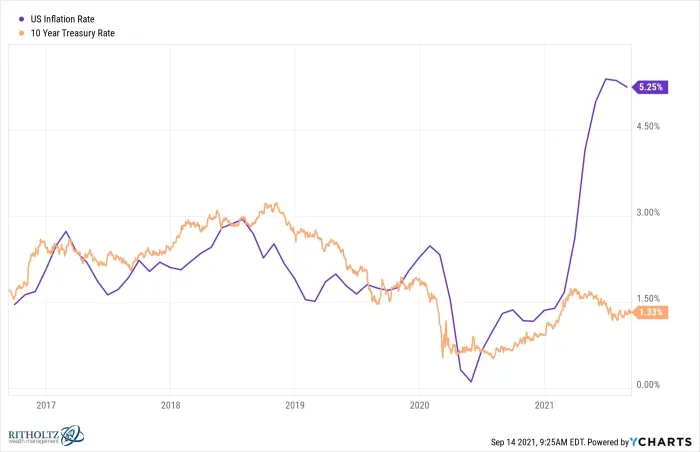 Thank you for reading.

[1] Most economic data lags by a month or so.