PRESIDENT AND CEO, THE MILWAUKEE COMPANY

The US Treasury yield curve has long been one of the most followed and trusted indicators by economists and investors alike.  The term refers to a line that plots yields (interest rates) of bonds having equal credit quality but differing maturity dates.  Many believe the slope of the yield curve is a leading indicator of interest rate changes and economic activity. 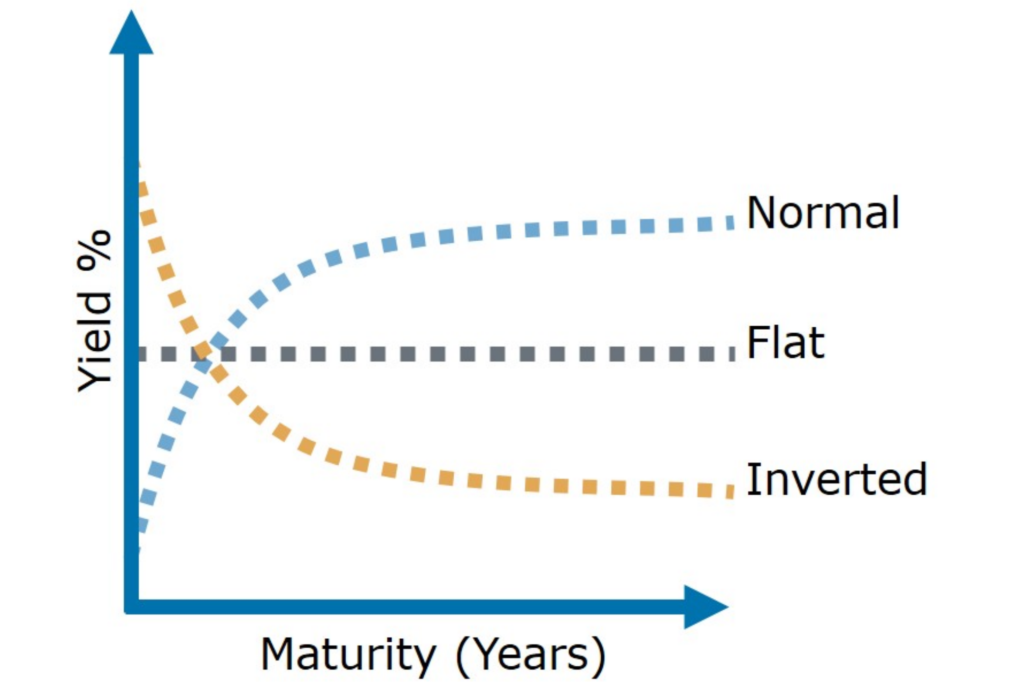 When it appears the economy is on the verge of slowing and perhaps contracting, demand for the safety of longer-dated bonds increases, causing their rates to fall (prices and yields move inversely for bonds).  Concurrently, short-term bond rates typically rise when traders expect interest rates to rise, and rising rates are a drag on the economy.

As a result, an inverted yield curve often precedes economic recession.  In fact, the 2-year Treasury yield rose above the 10-year Treasury rate briefly on March 31st while the 5-year/10-year yield curve inverted again on April 1 for a second time in recent days.

While yield-curve inversion has been a reliable recession predictor, the downturn can take time to arrive – perhaps a year or more. This delay means stocks can continue to move higher for a time even after the yield curve inverts.

In fact, according to data from Bespoke Investment Group, the yield curve has inverted seven times since 1976, and the S&P 500 has on average gained about 13% one year after the initial occurrence. 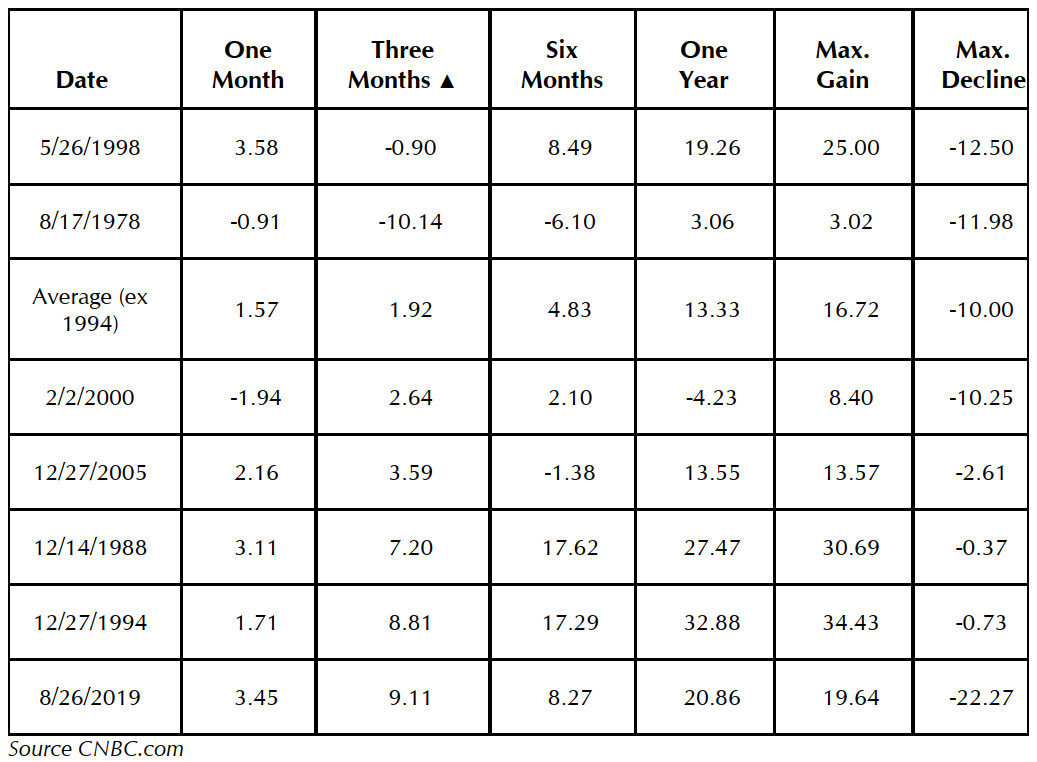 It’s also important to keep in mind that no one data point is infallible, and that there are good reasons to believe this time may be different.

So, while the yield curve is an important indicator that bears watching, an inversion alone should not be regarded, in and of itself, as reason enough for investors to change course.